When you go “all in”, you’re giving everything — whether we’re talking about poker or life.

And as we get older, it’s natural to think about what lies ahead, and wonder if we’re giving enough appreciative energy to being alive.

They say “you only live once.”

And while that may or may not be technically true (I believe in an afterlife and reincarnation, but that’s a discussion for another day), the point is that in this life — this time around, as the people we are today — we only have one chance to make a difference, inspire and serve others, and leave our marks…

In the past week, two media professionals from my home town of Toronto have passed away. One was Leslie Nielsen, best known for the Airplane and Naked Gun series of spoof movies.

I was lucky enough to interview Leslie about 10 years ago when he was given a star on Canada’s Walk of Fame, and he told me how he had been working along a career path as a serious, dramatic actor before being cast in the comedic role on Airplane.

But even though it was unexpected, he grabbed hold of the opportunity, and rode it for all it was worth. He went all in.

He was 84 when he died, which is considered by many to be a ripe old age. But when I consider that he was only twice my age, that means I’m halfway to the end of my life — should I be lucky enough to live that long (I’m hoping that Barry and I will be living and enjoying life much longer than that, but the fact of the matter is, we may not be).

Case in point: the other guy who passed away this week was Mark Dailey, the ubiquitous voice of Toronto’s CityTV for over 20 years and a staple in their newsroom for over 30. He was only 57.

He had less time on this earth — less time than most of us would want — but he still went all in with what he had.

So how does all this affect you?

If you’re not loving life in the moment (rather than feeling guilty about the past or worried about the future)… if you’re not putting joyful energy into being alive, no matter what life brings you… and if you’re not committing fully to everything you do, and everyone you love… then you’re not going all in.

I admit, it’s hard to do this all the time.

Life often gets in the way of living.

But it’s our purpose in this life to live, love and laugh to the fullest extent possible.

One of my and Barry’s favorite bands is Lifehouse, because they sing and play with feeling, and their songs have powerful meaning.

Appropriately, they have a song called “All In” which is no exception; here are a few of the words:

“You know it’s okay, I came to my senses,
Let go of my defenses,
There’s no way I’m giving up this time.

And I’m all in, nothing left to hide…

It’s a love song, but it’s also a song about loving life. And that means sometimes letting our defenses down so we can connect with other people without criticism, and have fun without judging.

You’ll be glad you did, and it will be one step towards going all in for life: 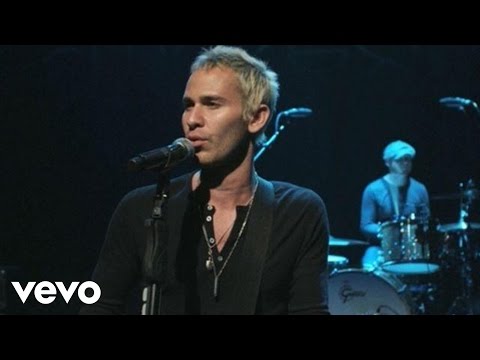