As you know, I love what Andy Jenkins and Mike Filsaime are doing with Video Genesis. They’re all about quality, and seriously… it’s about time.

Now, I have to admit that my own journey of striving for quality has always ended up with simpler solutions. I’m the anti-editor… I would rather capture an effect live, in the camera, to avoid an edit later and achieve the same result.

That led to my famous swish-pan intro bumpers that became an integral part of my TV show, WORD, which ran in Toronto from 1993 – 1996.

It also led me to help pioneer a style of on-camera presentation we called the Heather Vale Walk ‘n’ Talk. You can see it at the beginning of this clip from my TV show: 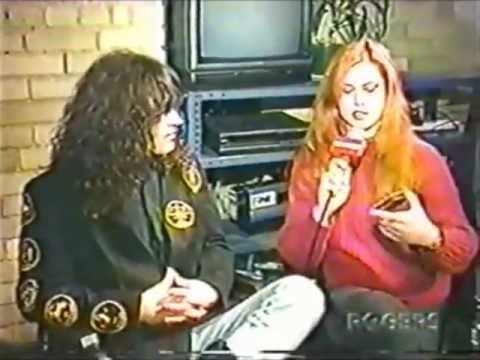 Then the interview is a standard format — mostly one-camera hand-held with the mic directing the flow of conversation. We did NOT use tripods back then… not EVER!

Andy and Mike are giving out a free mind map of all the possible video styles, when and how to use them, and what equipment you need to make it happen (you probably already have it too).

My Walk ‘n’ Talk is included under Talking Heads (we used to call them standups before I started walking instead of standing) 🙂 They left out the Heather Vale part, but they probably don’t realize that I was doing it well before MuchMusic or CityTV… or Canadian dramas like Traders and The Newsroom… and years ahead of American dramas like The West Wing. Well, now you know!

They also include the interview, of course, in two variations. To get the details on those, plus the other ten, head over to http://TheUnwrapper.com/videogenesis