Charles Trippy is a YouTube celebrity… He has his own channel there, and is actually a paid employee of sorts for YouTube.

That’s right, he’s a 23-year-old student… and he works for YouTube making videos. Pretty cool lifestyle if you can make it work — and Charles can.

His YouTube video channel has over 33,000 subscribers, and his videos have been viewed over 6,000,000 times across the internet.

I got to know him on the set of The Next Internet Millionaire which I co-hosted with Joel Comm. Charles was one of the contestants, and a lot of the others had him pegged as their toughest competition right from the start.

At first I thought he was a nice kid, but too set in his ways and too argumentative, because every time he received constructive criticism he had something to say to counter it.

But by the end of the competition I really had new respect for him. He has a good heart, and his stubbornness actually comes from an admirable desire to succeed, share ideas, and make his mark on the world.

Not only that, but he knows what he’s doing. This is a guy that’s going places… and he reminded me of one of my favorite lessons of all time, one that I constantly preach but that sometimes I forget to practice (just like we all do):

(Yes, it all ties in to metaphysics… your roots create your fruits, or your inner reality creates your outer reality — not vice versa).

Here’s Charles’s finalist video for The Next Internet Millionaire, which is the first glimpse I ever got of him. If you don’t know Charles, it comes across a bit goofy… but once you realize this is his style, and the viral effect his videos have, you can just enjoy them for what they are and the power they have: 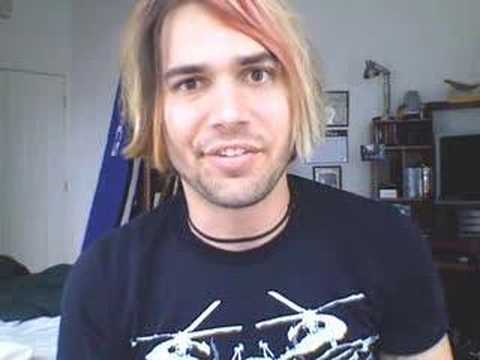 So… what does this have to do with you?

Charles was chosen on the set of The Next Internet Millionaire to create a product and launch it with the help of Joel Comm‘s resources.

That product is now a reality, and it’s sure to be a smoking success.

He shares all his secrets about how he makes his viral videos, including the shooting and the editing and the distribution… and he makes sure you know how to follow his lead and get thousands, or hundreds of thousands, or even millions of views, just like he does.

Then where do you drive all that traffic? He’ll help you leverage the best way to do that too.

Then he also throws in a second DVD with the best of his own videos, so you can see the tricks he’s using first hand.

And there are a couple of bonuses from Eric Holmlund, Mike Koenigs and Frank Sousa to help you with your distribution and money-making efforts that are worth the price of admission alone.

If you’re interested in incorporating video into your online marketing efforts — and you should be, if you want to make money online now and in the future — then Charles Trippy’s Viral Video Fever is probably the best resource around to help you do that.

The price is going up shortly, so I’d take a look as soon as you can… and be sure to watch Charles’s sales page video at the top instead of reading all the copy on the Viral Video Fever page.

Just that alone is a great lesson in using video effectively on your sales pages.

Now where can you go from here?

The sky’s the limit… once you get started.

Barry and I have been using video in our marketing and communications a lot more recently, and definitely I can tell you that the personal touch alone goes a long way with your subscribers and future customers.

And with Viral Video Fever you WILL get started, and you’ll be off to a good start.