x
by Heather Vale
on September 27, 2007
under Metaphysical/Manifestation, Success/Wealth
∞ Permalink

Yesterday Barry gave me a guide called Creative Visualization: How to Create Whatever You Want In Your Life by Bryan Kumar (which you can download free by right-clicking on the title). I went through the process exactly as it was laid out, and I was impressed by how much further it goes than most other instructions on visualization I’ve read.

That’s what I love about our life together (well, one of the things, anyhow)… there’s always support and guidance in helping each other advance, discover, and develop personally.

Then coincidentally (in case you don’t know, I don’t believe in coincidences, so I use that phrase tongue-in-cheek) today Iain Legg, one of our affiliates at Masters of the Secret and co-creator of Real Mind Power Secrets, included it in his newsletter.

So that prompted me to write about what I’ve been able to uncover through many interviews with the experts where I’ve asked them about this very process.

I hear people all the time say, “I can’t visualize… I don’t see anything when I close my eyes.”

I’m part of the group who actually see pictures — but not always in Technicolor. Sometimes the images are kind of faint and ghostly, but I know what they are.

What if you don’t even see the ghostly images? Then you’re probably not visually-oriented. Rather than saying things like, “I see,” when talking to people, you’re more likely to say, “I hear you,” if you’re auditory, or “I have a feeling that… ” if you’re kinesthetic.

So what? No big deal.

Visualization doesn’t necessarily have to be about “seeing”. In fact, the most important part of the equation is the emotions you feel as you’re visualizing, so recreating the emotions can stand in for the actual “movie” and be just as powerful, or even more so.

If you prefer to be guided through the process because you don’t know what to do or think, and your mind tends to wander or you just want some more help with visualizing, watch this short video on creative visualization (or rather, listen after she tells you to close your eyes, and do what she guides you to do): 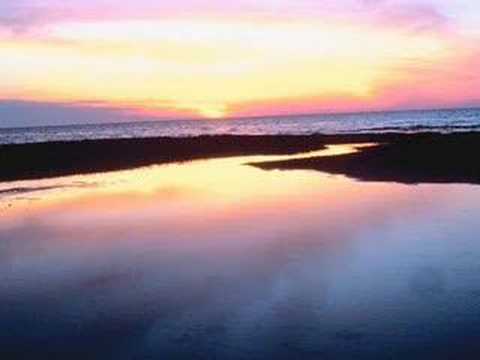 There really is no right or wrong way to do this, as long as it works for you. But obviously if you get frustrated with the visualization process, your over-riding emotion will be frustration and you’ll just attract more frustration.

So if it feels good, you’re doing it right.

If it gets results, you’re doing it right.

And perhaps the most powerful thing to do is follow Bryan’s advice and, once you’re done your session, say:

I now allow myself to have (fill in what you want here)! It is done! And so it is!

That’s part of the releasing process so you don’t get “attached” to your vision, which can actually prevent it from occurring.

So go forth, visualize (be that see, feel, smell or hear what you want) and manifest.

And Keep Unwrapping the Mysteries of Life!