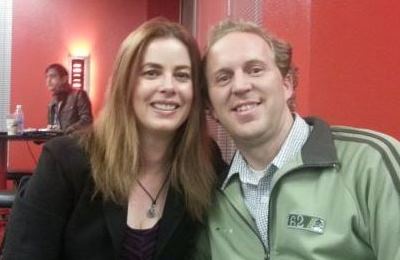 This past week has been absolutely crazy in Las Vegas — and not the way you probably expect.

I affectionately call it Geek Week (the cool, techy kind of geek, not the old-school nerdy kind of geek) because we just had three trade shows in a row: Blogworld (now New Media Expo), CES (Consumer Electronics Show), and Affiliate Summit, each one focusing on a different aspect of living, working or playing with technology.

In the middle was a Demo Vegas event by InNEVation, spotlighting multiple tech start-ups, which is where my adventure began — I truly can’t believe it was only a week ago that it happened!

I had no clue what a thriving tech industry was here in Las Vegas, but I’m very impressed and awestruck by some of what’s going on. Go #VegasTech 🙂

Without even going to the trade shows — just parties and unconnected events that happened to take advantage of Geek Week as a whole — I was able to talk to executives from multiple start-up companies, see smartphone-powered robots in action, and meet a plethora of cool (yes, really, cool!) and interesting people.

And then there was getting to better know a few folks that I had lost touch with while living in the backwoods of Oregon for five years.

So I just want to say, viva la tech Las Vegas… and I can’t wait to see what’s next.