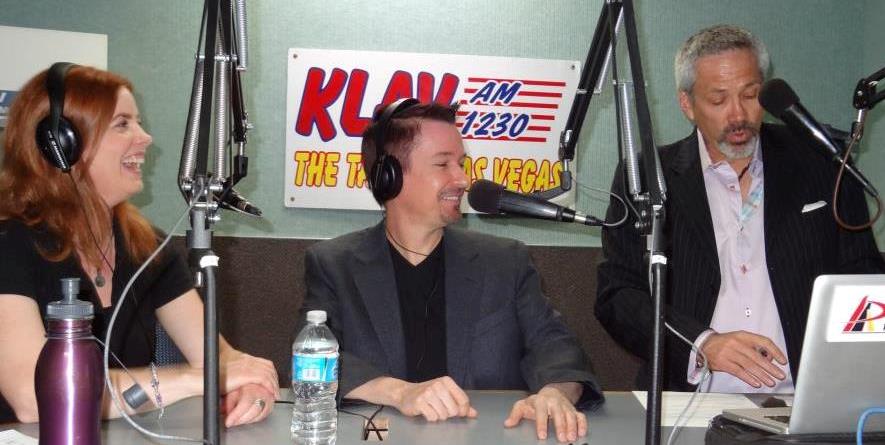 I co-hosted a real radio show today for the first time in my life. This is something I’ve wanted to do for awhile, because I’ve reported traffic and anchored news on the radio… I’ve hosted TV shows and specials… I’ve hosted online radio talk shows… but I’ve never hosted a radio talk show, until now!

The show is called the Get-A-Grip Business Radio Show on KLAV 1230 AM the Talk of Las Vegas, and I’m co-hosting with Paul Montelongo who created the show. It airs live every Friday at 2pm PDT, and also streams live at PaulMontelongoLive.com.

I got our first guest, someone who’s become a good friend… Steve G. Jones, a clinical hypnotherapist who has been practicing since the 1980s. He is the author of 25 books and has created over 9,000 hypnosis audio recordings and 22 different online certification programs, which are sold in over 140 countries.

He talked about negotiating and creating rapport in business, using NLP techniques to connect with others, and how self-hypnosis can help us in business.

Listen to the full show here: