Six years ago I was waking up looking at the mountains in Colorado.

I was co-hosting the web’s first full-production reality show, The Next Internet Millionaire, with Joel Comm… here’s the promo I hosted: 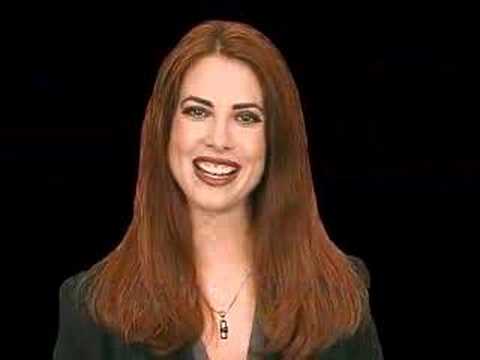 You know when you look back on your life and wonder how you ended up taking a certain path? Well, Colorado proved to be the start of my journey from Toronto… to Oregon… to Las Vegas. From married-with-no-kids to divorced-and-pregnant to married-with-kid to single mom. From solopreneur to co-owner in a growing corporation to employee back to solopreneur.

And Colorado was the turning point in my life… the one experience that kicked all the rest into momentum.

It wasn’t the cause, but it was the catalyst.

This promo was edited by Joel’s team, but it was shot by my first husband… the last time we would ever work together after a 10-year production history. He’s passed on now — RIP Wil.

Over the next 5 years, living in Oregon, I experienced more personal ups and downs than I ever have in my life — kinda like the Colorado Rockies. The highs were so high that they made up for the lows that were so low… until, finally, I was no longer willing to make that trade. The highs were no longer high enough, nor enough of a reward, for me to continue putting up with the lows.

Business-wise, I had to rebuild again from scratch. I lost my last big client when I moved to Vegas — not because of it, but just coincidentally at the same time. I picked up a couple more gigs with local entrepreneurs I knew, but then business dried up totally.

Within three months I had no income coming in, and if I was still in Oregon I don’t know what I would have done. But I was living in the land of opportunity — the entertainment capital of the world — and if I couldn’t figure out how to make money here, I couldn’t do it anywhere.

My life took a complete 180 from six months earlier. Suddenly I was working at trade shows and road shows, doing product demonstrations and production assistance and club promotions, and hosting at the wax museum… and watched as nearly half of what I earned went right back out to pay for childcare.

I think the Universe was telling me I hadn’t been low enough… I needed to be dragged through the mud a bit more before things could pick up.

But after that six-week side venture, my life took another 180 (in a different direction) and suddenly the clients started knocking. First one, then another, then a few more… then some partnerships… and it’s been amazing to witness the snowball rolling.

Kinda like how I got to Colorado in the first place… not really knowing or caring what it would lead to. I had no attachment to the outcome.

So how did it all come together?

I told Joel Comm that since he was a male and had 12 male teachers, he needed a female co-host. And I highlighted the skills and experience I had which made me the only logical person for the job, and told him that I would also interview all the teachers while we were there so we’d have a separate video product to sell.

I offered enough value that there was no logical reason to turn me down… and it all worked out beautifully. I made more on our video product partnership than I ever would have being “hired” to do that kind of job, so it was all thanks to thinking like an entrepreneur, being open and flexible instead of trying to control any particular result, and putting everything I had into it with no expectations except that I would be rewarded with an output similar to my input.

And what a pleasure to meet, work with and hang out with some of the top experts online at the time (and still today) — some of whom I had interviewed by phone, but most of whom I had not yet met in person: Mark Joyner, Mike Filsaime, Armand Morin, Jeff Walker, Marlon Sanders, Brad Fallon, Ray Edwards, Dave Taylor, Mike Koenigs, Perry Marshall and Rich Schefren.

Oh, and of course Joel Comm and Eric Holmlund.

Thanks to all of you for being part of my journey… and I look forward to continuing down the path.